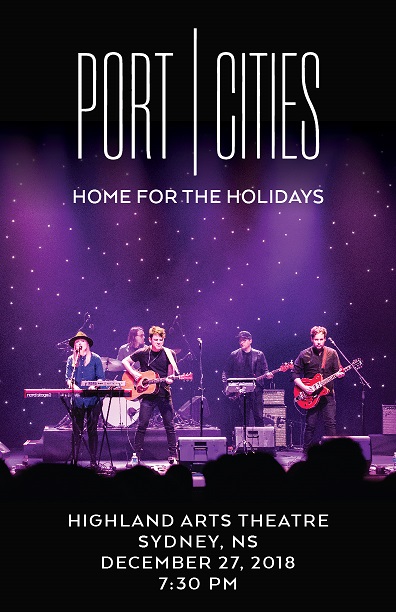 Port Cities - Home for the Holidays

Port Cities will all return home to Cape Breton to close out the year at The Highland Arts Theatre on December 27. Bringing their band along with them, Breagh, Carleton and Dylan will rock it up one last time in 2018 with their Sydney fans.

Since the release of their debut recording in 2017, Port Cities has toured across Canada and back and have released their record and toured as far afield as the UK and Germany. They’ve gone to #1 on CBC Radio 2, had a top 10 hit with Back to the Bottom, won numerous Music Nova Scotia and Coast Awards, and have achieved over 2M streams on Spotify. This month Port Cities heads to Toronto where they are one of three bands chosen to attend the prestigious Juno Master Class, an initiative that will see them perform during Junofest in 2019.